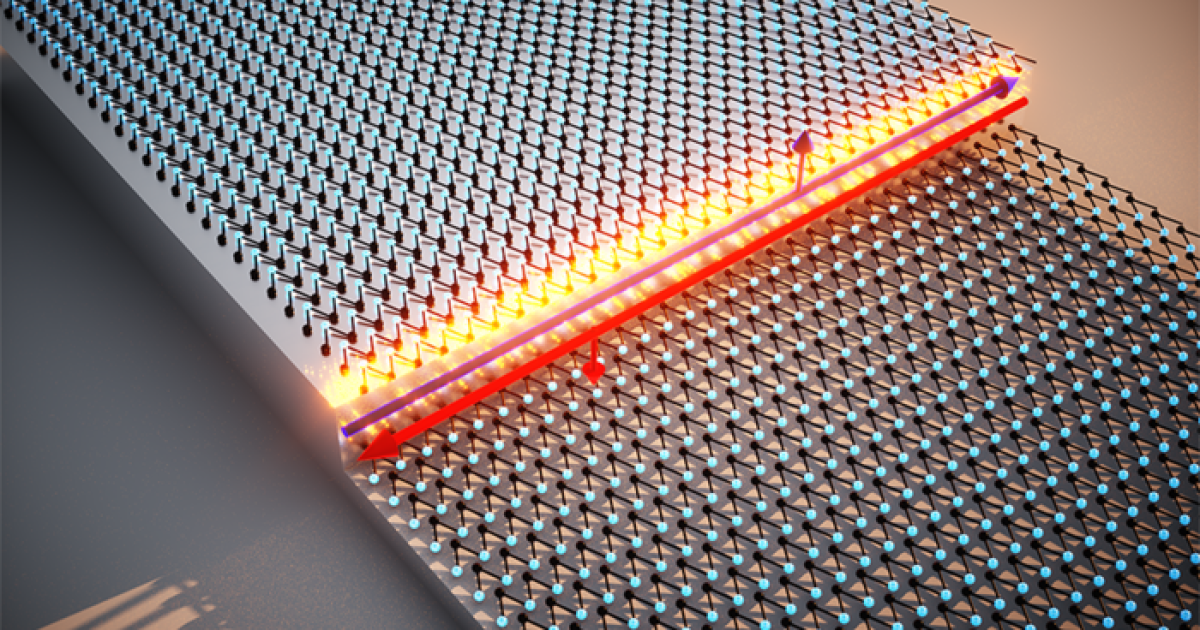 Many quantum effects can only be produced at extremely low temperatures, which limits how useful they would be in real-world conditions. Now, researchers at Princeton have demonstrated a strange quantum state that takes place in a material at room temperature.

A topological insulator is a material with a structure that conducts electrons in a unique way. The bulk of the material is an insulator, completely blocking the flow of electrons through it. However, the thin layers on its surface and along its edges are highly conductive, allowing electrons to flow freely at high efficiencies. Given these strange properties, topological insulators can host some interesting quantum states that could be useful for building future quantum technologies.

But of course there is a catch: most quantum states are extremely fragile, collapsing in the face of interference. Heat, or thermal noise, is an important trigger—when materials are heated, the atoms in them vibrate at higher energies, which disrupts the quantum state. Therefore, most experiments and technologies using quantum effects must be done at temperatures close to absolute zero, where the movements of atoms immediately slow down. But this in turn makes these technologies impractical for wider use.

In the new study, the Princeton researchers found a way around this by observing quantum phenomena in a topological insulator at room temperature. Their material of choice was an inorganic crystalline compound known as bismuth bromide.

This material was found to have just the right band gap, an insulating “barrier” where electrons cannot exist at certain energy levels. This band gap must be wide enough to protect against thermal noise, but not so wide as to disrupt the spin-orbit coupling effect of the electrons, which is crucial to keeping them stable. Bismuth bromide was found to have a band gap of over 200 milli electron volts, right in the “sweet spot” to keep the quantum state stable at room temperature.

The team confirmed their finding by observing what is called a quantum spin edge state, a property that is unique to these topological systems. The researchers say this discovery will be useful in advancing quantum technologies such as spintronics, the emerging field that encodes data in the spins of electrons at a higher efficiency than current electronics.

“It is amazing that we found them without giant pressure or extremely high magnetic field, thus making the materials more accessible for the development of next-generation quantum technology,” said Nana Shumiya, co-first author of the study. “I believe our discovery will significantly advance the quantum frontier.”

The research was published in the journal Materials of Nature.

For a short time only, the Three Norths will align at one point in the UK