ROME — Pope Francis took advantage of his visit to Bahrain on Thursday to address an upcoming United Nations climate conference in Egypt.

“How many trees have been cut down, how many ecosystems have been destroyed, how many seas have been polluted by our insatiable human greed, which then comes back to bite us!” the pontiff exclaimed in a speech on Thursday to Bahraini authorities and diplomats.

“Let us work tirelessly to address this dramatic emergency and enact concrete and far-sighted decisions inspired by concern for future generations, before it is too late and their future is at stake!” he urged.

“May the United Nations Climate Change Conference (COP27), to be held in Egypt a few days from now, mark a step forward in this regard!” he urged, in relation to the climate change summit to be held from November 6 to 18, 2022 in Sharm El Sheikh, Egypt.

The Pope has been an outspoken supporter of the UN climate conference series and their goal of reducing carbon emissions by phasing out fossil fuels. 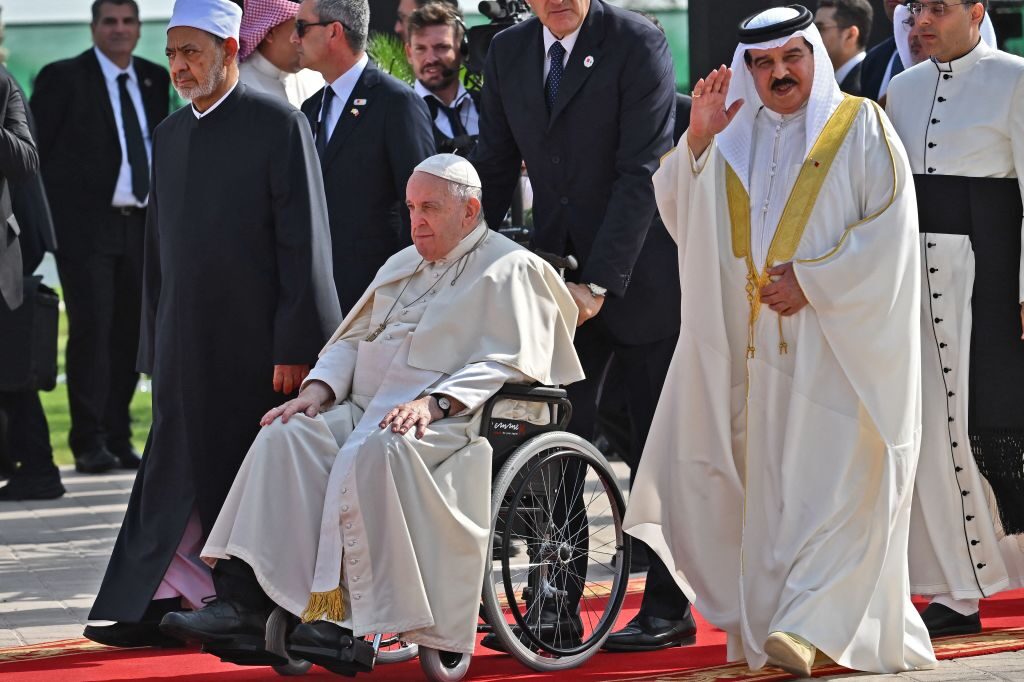 Humanity must fight climate change by reducing emissions as well as “helping and enabling people to adapt to progressively worsening climate changes,” he said in a message to participants at a conference on “Climate Stress.”

Climate change “has become an emergency that no longer remains on the fringes of society,” he argued. “Instead, it has taken center stage, reshaping not only industrial and agricultural systems, but also adversely affecting the global human family, particularly the poor and those living in the economic peripheries of our world.”

Pope Francis urged Christians to care for creation on Wednesday, insisting that abusing ecosystems is a “grave sin” while lamenting the negative effects of global warming. https://t.co/wSRGrMyt9K

Next month, Francis asked for prayers “that the COP27 and COP15 UN summits can unite the human family in decisively addressing the twin crises of climate and biodiversity loss.”

“At the mercy of our consumer excesses, our sister Mother Earth groans and begs us to stop our abuse and destruction of her,” he said.

Canada and Australia impose COVID rules on travelers from China