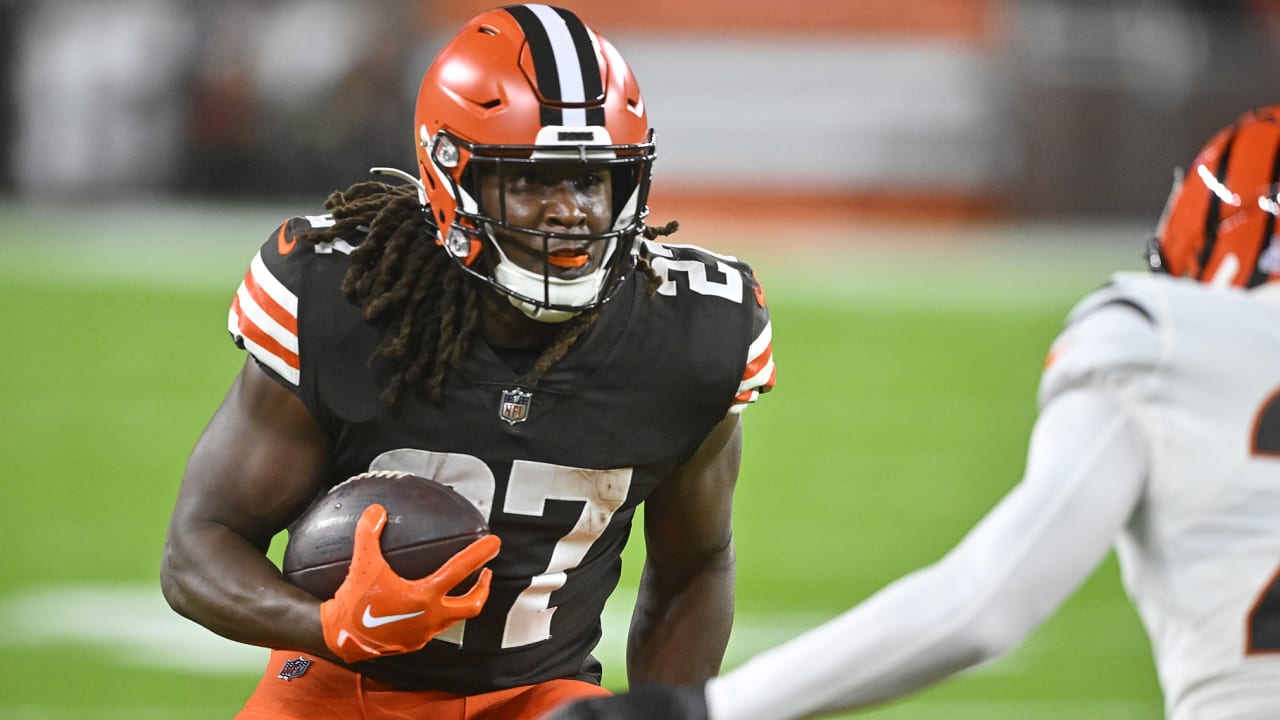 Hunt saw the future months ago, requesting a trade during training camp. The Browns flatly rejected his request, and Hunt has since remained a good employee, showing up to work and giving his full effort while likely wondering when he might get meaningful opportunities again.

Monday night was productive for Hunt, perhaps his best performance of the season. The running back and local product carried the ball 11 times for 42 yards and caught four passes for 30 yards, posting his second-best rushing total in a game this season. It was a glimpse of the past, a time when Chubb and Hunt helped the Browns win with a relentless offense. against the Bengals, they combined to account for 176 scrimmage yards.

However, when asked if he felt Kevin Stefanski’s staff made it a priority to get Hunt more involved against Cincinnati, Hunt seemed apathetic.

The win sent Browns fans home happy, but in the Cleveland locker room, tones were more subdued, especially in Hunt’s stable. Statistically, it was a positive dismissal for Hunt. However, there was no escaping the fact that he would probably be happier elsewhere.

“I mean, you know I’m from the city of Cleveland, so (laughs) I guess I’m just happy we won,” Hunt said. “Well, yes, that’s the proper way to go out.”

Hunt made it clear his displeasure has nothing to do with his teammates, whom he said Monday night he loves. He and Chubb share a proven friendship that has allowed them to thrive in recent years. But whether it’s Cleveland’s four-game losing streak (which went into Monday night), or Hunt’s diminished role, they just aren’t enough for him anymore.

More importantly, nothing has changed enough to make Hunt reconsider his request, which he said he hasn’t heard from the Browns’ front office.

“I have no idea, I have no idea. I don’t talk to them about it,” Hunt said. “Like I said, I just go in and work. If something happens, I guess it will. I’ll always show up to work, they know that.”

Like Hunt, Stefanski did not provide much information on the matter after the game.

“As you can imagine, I don’t get into that stuff,” Stefanski said. “He wrestles like crazy. He’s a big part of this team. These guys just, no matter what’s in front of them, they wrestle like crazy.”

Hunt showed up for work Monday night. He could very well have a new job by Tuesday afternoon.