ROME — Pope Francis began his three-day trip to Bahrain on Thursday by praising the nation’s ethnic and cultural diversity and high level of immigration.

“One thing stands out in the history of this country: it has always been a meeting place between different peoples,” the pontiff told Bahraini authorities and diplomats.

“The country’s greatest wealth shines in its ethnic and cultural diversity and in the peaceful coexistence and traditional hospitality of its people,” he argued. “Diversity that is not bland, but inclusive, is the wealth of any truly developed country.”

“In these islands, we can admire a complex, multi-ethnic and multi-religious society, able to overcome the danger of isolation,” he continued. “This is so important in our day and age, when the tendency to turn exclusively to ourselves and our special interests prevents us from appreciating the essential importance of the larger whole.”

“The numerous national, ethnic and religious groups that coexist in Bahrain testify that we can and must live together in our world, which in these decades has become a global village,” he said.

The Pope attributed the island nation’s rich diversity in part to its openness to immigrants, which he also credited with increasing productivity. 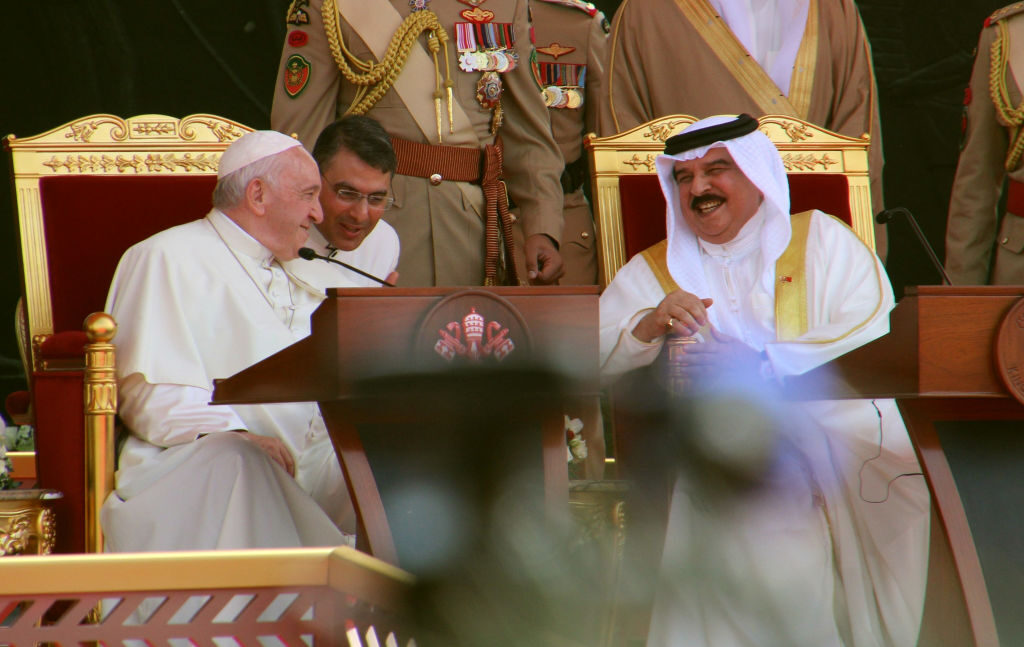 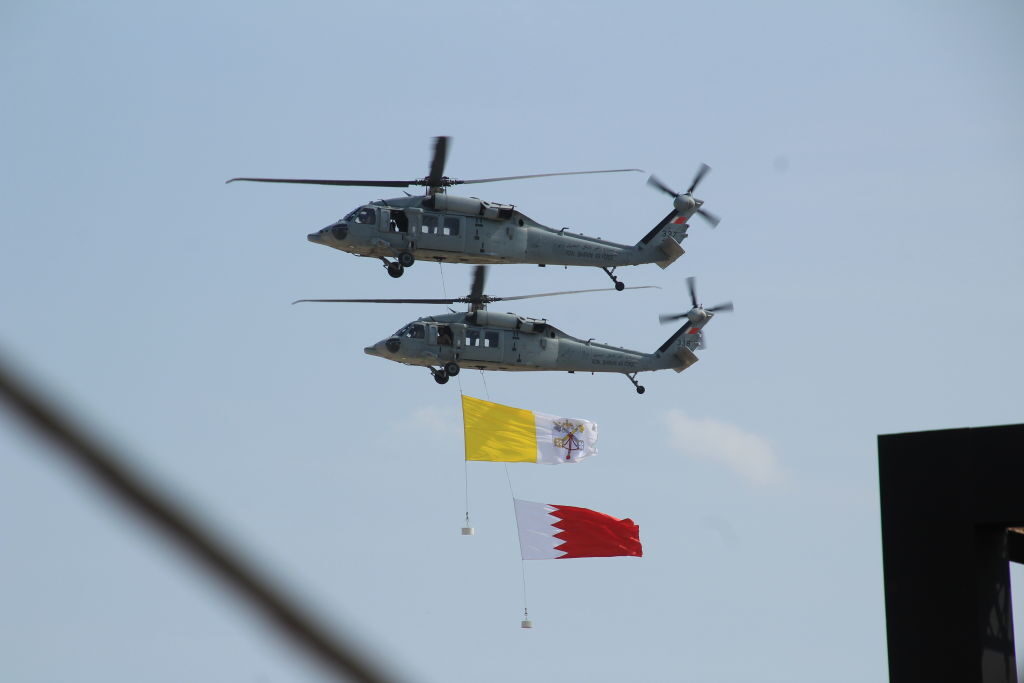 Two helicopters fly with the flags of the Vatican and Bahrain at the end of an interfaith conference where the Pope gave a speech. Pope Francis is on a four-day trip to Bahrain. (Cindy Richau/image alliance via Getty Images)

“In this country, it was the contribution of so many people from different peoples that allowed for a remarkable increase in productivity,” he said. “This was made possible by immigration.”

“The Kingdom of Bahrain boasts one of the highest levels of immigration in the world,” he said, where “about half of the resident population are foreigners, working visibly to develop a country in which, despite leaving their home countries behind , they feel at home.”

“May we never allow the opportunities for encounter between cultures, religions and civilizations to evaporate, or the roots of our humanity to dry up and become lifeless! Let’s work together! Let’s work in the service of unity and hope!”. he exclaimed.

In his speech, Francis also responded to a call by human rights groups such as the George Soros-funded Human Rights Watch to call for an end to the death penalty in Bahrain.

“I am thinking in principle of the right to life, the need to always guarantee this right, including those who are punished, whose life should not be deprived,” the Pope told the officials.

The COVID trend that caused major problems in 2020 is back