Canada and Australia on Sunday joined the growing list of countries requiring travelers from China to be tested for the coronavirus before boarding a flight, nearly three years to the day since the first cases were reported in the Chinese city of Wuhan.

Canberra has informed Beijing that from January 5 all air travelers from mainland China, Hong Kong or Macau will have to show a negative coronavirus test taken within two days before departure.

Canadian authorities have announced similar measures that will also take effect on January 5.

Australia and Canada join other countries including the US, UK, India, Japan, Spain, Israel in imposing stricter measures on Chinese travelers amid concerns over a lack of data on coronavirus infections in China and fears about the possibility of new variants spreading, AP Reports.

Governments that have announced new travel requirements cite what they say is a lack of transparent data from China, which has stopped reporting nationwide case numbers even as the rest of the world appears to be moving on from restrictions imposed by the pandemic.

Israel will officially declare a coronavirus pandemic next month, with the viral disease downgraded to flu status. https://t.co/IBZERUDNae

The flurry of global travel restrictions began as countries expected a surge in Chinese visitors after Beijing announced a mandatory quarantine for incoming passengers would end on January 8.

The country of 1.4 billion people narrowly defines coronavirus deaths and has reported only a few since restrictions were lifted early last month, with an official tally of 5,246 since the pandemic began.

Chinese state media criticized the restrictions as “discriminatory”, while the EU’s health agency said on Thursday that the additional measures for travelers from China were “unjustified”. 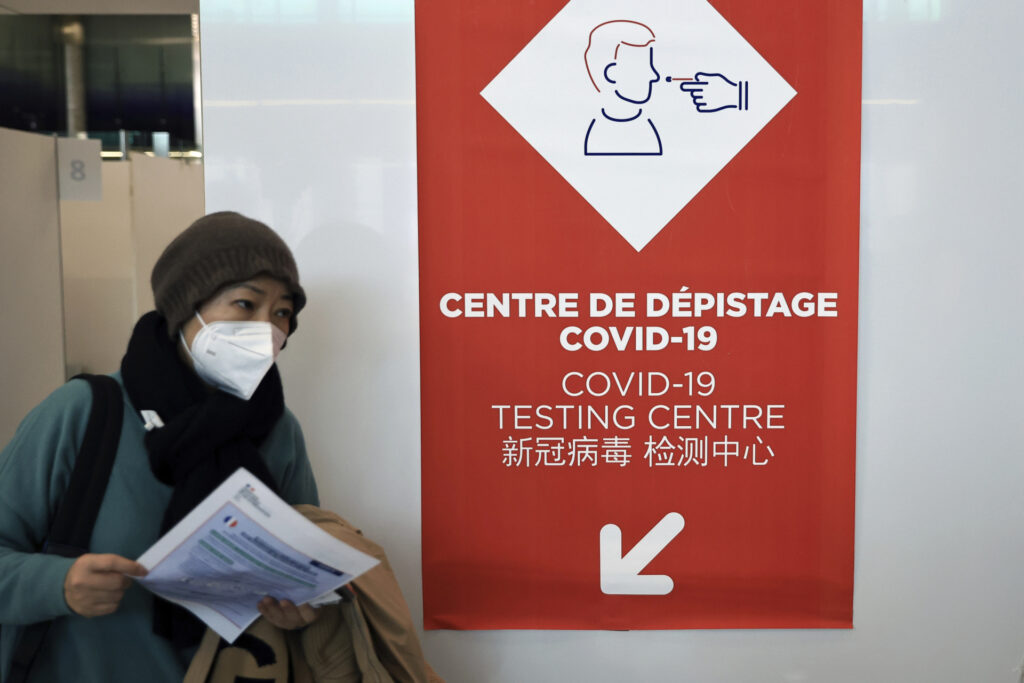 GISAID, a public database based in Germany, noted that analysis of the most recent genomic sequence data shared by Chinese health officials showed that the variants in China are very similar to those already circulating worldwide.

Meanwhile, Morocco banned all arrivals from China on Saturday, “to avoid a new wave of infection in Morocco and all its consequences.”