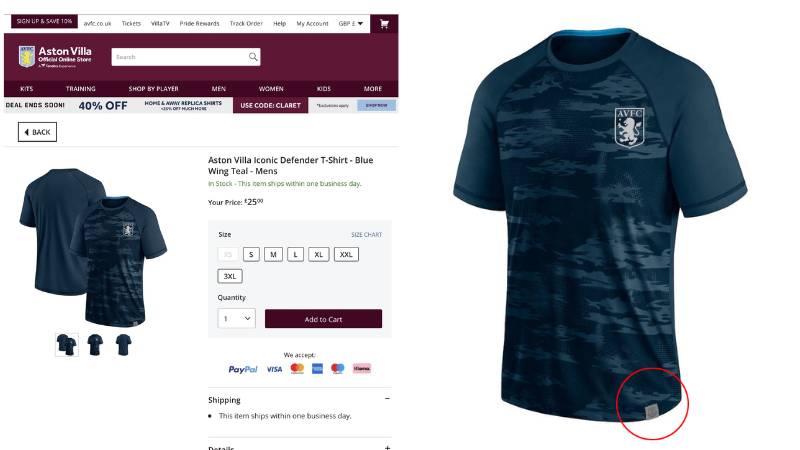 Several Aston Villa fans have been left disappointed after an Everton badge was spotted on a shirt currently on sale on the club’s official website.

Twitter user @doc3d was one of the first people to spot the odd detail on Villa’s online store.

It appears that Everton’s famous badge – an emblem with a tower, two crowns and the club’s founding date – has been stitched onto the bottom of the Men’s ‘Iconic Defender T-Shirt – Blue Wing Teal’.

On Monday night, he posted screenshots of the £25 item alongside the caption: ‘Hi @AVFCOfficialWhy are you selling a Villa shirt with an Everton badge on it?’

The jersey description reads: “Worn on game days or everyday, this item is a must have for fans of all ages. This tee will allow you to proudly display your pride and colors.”

As you can imagine, the odd detail caused plenty of backlash from users on social media. One fan commented: “Digue has messed with the Villa shirts,” while another wrote: “This is an incredible spot.”

A third asked: “I wonder how this is, considering one team is Castore and the other is Hummel. I guess the club’s official kits are from the same non-brand manufacturers.”

Cazoo, who are Aston Villa’s current sponsors, were previously ahead of Everton’s shirt sponsors until the end of last season.

It was announced in March that the online car retailer would continue to sponsor Villa while their deal with the Toffees expired.

Cazoo’s statement read: “We can confirm that Everton Football Club’s Cazoo sponsorship will not continue beyond the end of the current season.

“The original deal was for two years and it has been a strong partnership during that time which has achieved our goals and we are proud to have supported the club and raised over £75,000 for Everton in the Community during that time.

“We have been unable to agree suitable terms to extend our sponsorship of Everton beyond the initial two years, but we can confirm that we will remain the main partner and shirt sponsor of Aston Villa Football Club next season.”

Everton are currently sponsored by Stake.com after the leading casino and sports betting platform signed a multi-year deal which is the highest value first shirt deal in the club’s 144-year history. 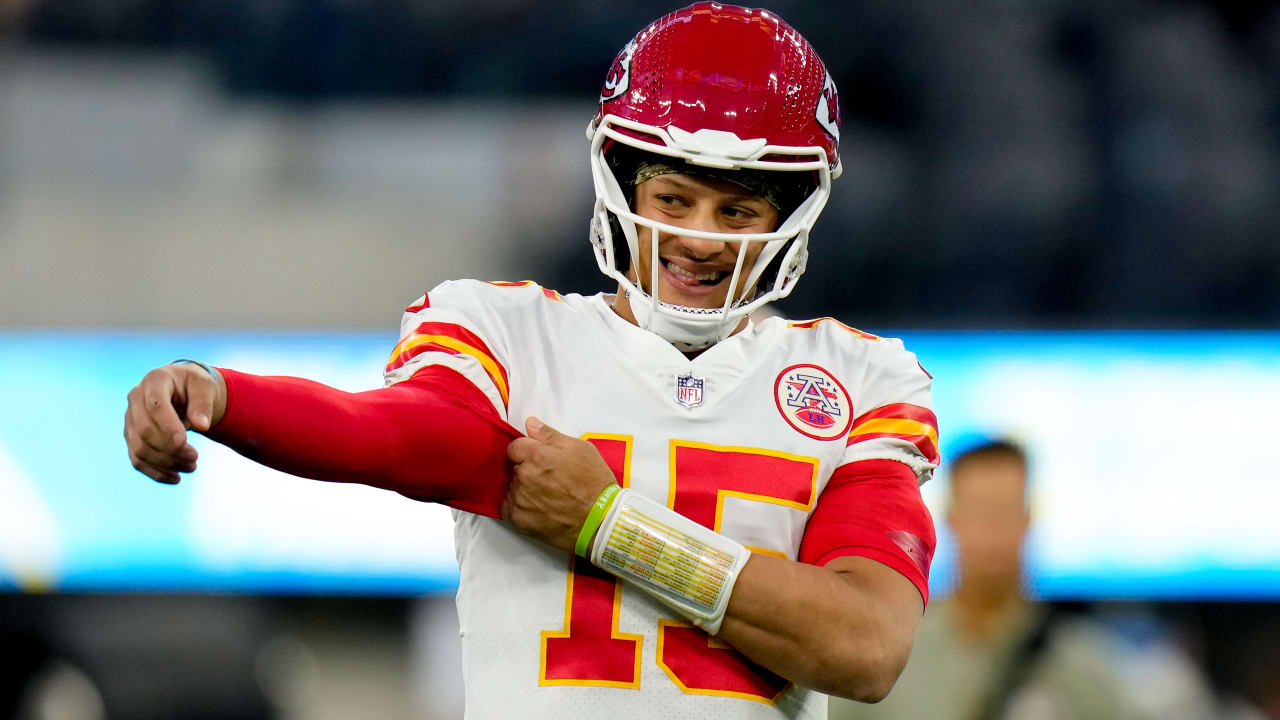 Patrick Mahomes, Chiefs show they are ready for another deep playoff run